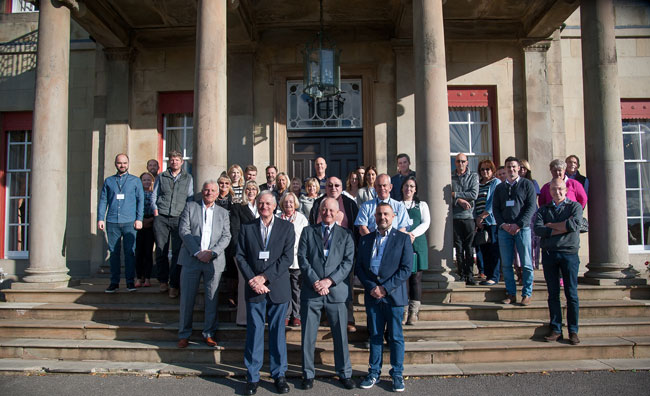 Members of The Association of Private Pet Cemeteries & Crematoria

Compulsory, independent inspections are to be introduced for Association of Private Pet Cemeteries and Crematoria members in what has been described as the biggest ever development in the pet funeral world.

The announcement was made by the APPCC at its 25th anniversary celebrations, held at the historic Shrigley Hall Hotel near Macclesfield.

The £14,000 cost of the inspections will be met by the organisation which, since 1993, has been setting international standards for the respectful handling of pets after they die.

Pet crematorium and cemetery owners will have their operating and marketing procedures minutely examined to ensure they meet the strict APPCC code of practice and are complying with consumer protection regulations.

The new inspection system will also be extended to overseas members who will be required to provide video and photographic evidence of how they collect, handle, store and cremate animals. 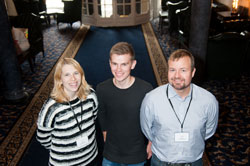 Stephen Mayles, vice-chair of the association, told members who had travelled to the hotel from all over the UK and as far away as Norway:

“This is the biggest development in the pet cremation sector to date. The cost of introducing the mandatory inspection system is money well spent. It is there to help you to ensure your business is running properly, legally and working to the same level.”

Pet owners may be missing out 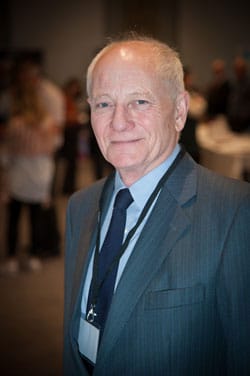 Chairman Nick Ricketts believes the association’s work has never been so critical, given the ‘corporisation’ of the veterinary world over the past five years.

“This shift has seen small private veterinary clinics bought up by national companies which often keep the old name of the surgery and don’t tell the clients about the takeover. The public doesn’t realise also that some of these large vet groups are doing high volume, low-cost deals with crematoria chains to offer a very basic level of service at an inflated price. This has led to many vets abandoning the local APPCC pet crematorium after years of dedicated service.”

“Pet owners could, therefore, be inadvertently missing out on the services of their local APPCC operator who is bound by a strict code of practice governing transportation, handling and the meticulous care of ashes.”

Mr Ricketts believes many people would be shocked to learn that the pet funeral industry is still only regulated from the perspective of waste disposal legislation.

“The grim truth is remains of much loved pets may legally end up on a landfill site. Even if it has been left at the vets after it has been euthanised, it doesn’t automatically follow that the animal will be handled with the respect the owner might expect. It could be taken on its final journey with lots of other animals, all piled in plastic bags on top of each other in the back of a van. The end destination is often a giant crematorium operating on an industrial scale, many miles away.

“That’s fine if people know this is what could happen, but often they don’t.” 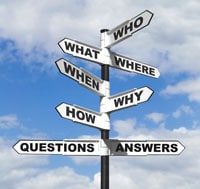 The APPCC code of practice sets it apart in the industry. Transparency is fundamental and the cremation process must be described in detail.

“A lot of people just leave the vet to dispose of their animal, but there is a choice to be made if they want the kind of dignified treatment our members provide. They don’t have to settle for a basic disposal at a giant crematorium. They can call their local pet undertaker who can make meaningful guarantees on transportation and handling of a companion animal.

“Many pet owners are not made aware of the options. Now more than ever they need to ask lots of questions about the way their animals will be treated.” 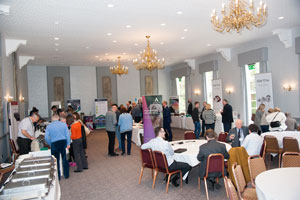 During the anniversary weekend, there were talks from various experts. Among the guest speakers was Diane James, head of the Blue Cross pet bereavement support service, who revealed the charity received around 8,000 calls a year – some of them suicidal.

“The personal touch you all give is so important,” she told members.

There was also a trade exhibition featuring pet memorial keepsakes, such as jewellery and cut-glass containing ashes, as well as bronze and pewter sculptures of dogs. 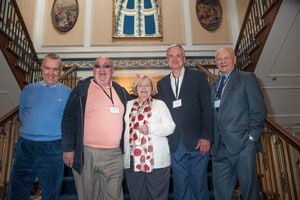 Looking back to the start

Among those present at the celebrations were five founder members of the APPCC, chairman Nick Ricketts, Stephen Mayles, John and Terri Ward, and Simon Jones. Their inaugural meeting was held on February 21, 1993 at a hotel in Walsall.

Recalling the meeting, Mr Ricketts said: “There were about 20 of us including two Jack Russells. They belonged to John Carlyle and went everywhere with him. Sadly, John passed away a year ago.

“At the time of the first meeting we were encountering a lot of red tape because local authorities were dealing with a relatively new phenomenon in pet cremations. That led to the formation of the association. We drew up a code of conduct to deal with officialdom and to provide a united front amid competition from big operatives.

It was a modest start, but 25 years later we are internationally respected. We are currently having discussions with pet funeral operators in America who want to become members.”

A view to the future of pet bereavement services

APPCC director Kevin Spurgeon is carrying on the spirit of his late parents Barry and Carole who were also founder members. He is urging members to make vets aware of the highly personalised cremation and burial services they offer.

“Today more and more people expect the same standards for their pet as in the funeral world,” he said. “That’s why many of our members are offering services where families can attend the cremation. The bond between a human and a pet doesn’t just involve cats and dogs. The list of creatures our members have cremated includes goldfish, monkeys, a regimental goat and even a sparrow. Some also offer farewell rooms and will bury the ashes of people and their pets together in gardens of remembrance at their cemeteries. This is becoming a more common request.”

Looking to the future, Mr Spurgeon added: “We need to re-build relationships with vets by holding open days and stressing to them the ethics of the APPCC, its code of practice and our independent inspections. Vets should fully describe what will happen in the cremation process and advise on the alternatives. In fact, if they omit information that a pet owner needs to come to an informed decision they would also be breaching consumer regulations.”

The anniversary event took place over the weekend of October 27/28 and included a gala dinner. Actor Ted Robbins, who starred in Peter Kay’s Phoenix Nights as Den Perry, the main ‘villain,’ entertained the audience afterwards with anecdotes and jokes. *To find your local APPCC member visit appcc.org.uk